The Ocean is probably the biggest business in the world. It is the world’s seventh largest economy with a “GDP” equivalent to US$2.5 trillion (about 5% of global GDP). Its key assets have an overall value of more than US$24 trillion (WWF (2015) Reviving the Ocean Economy). The global Ocean economy could more than double by 2030 (OECD: the global Ocean Economy in 2030). Investment in sustainable infrastructure of up to US$90 trillion is being urged over the next 15 years worldwide to fight climate change and deliver on the sustainable development goals. Much of this will be along coastlines and in Ocean sectors such as aquaculture, tourism, marine energy and off­shore installations. (The New Climate Economy 2016) These opportunities for investment and economic growth do not have to be locked into a pathway that is detrimental to the health of the Ocean.

The Ocean provides half the oxygen we breathe and has absorbed a quarter of our CO2 emissions and 90% of the additional heat from those emissions (IPCC 5th Assessment Report). It directly supports the livelihoods of more than 3 billion people and puts food on the table for more than 2.5 billion around the globe (FAO 2014)

But the Ocean is in danger. A business-as-usual approach will likely cause the disappearance of the world’s coral reefs by 2050 (WRI report ), resulting in the loss of food, jobs and storm protection to several hundred million people. Consider the impact that this will have on businesses when annually more than 350 million people travel to the coral reef coasts of the world: it would equate to a potential loss of US$30 billion per year from lost global tourism revenue (See here). Healthy coral reefs reduce 97% of wave energy, acting as a barrier from storms; for example, if all the coral reefs around Bermuda were lost, the financial ramifications of property damage from wave action would increase from US$500 million to US$2 billion in just ten years. (See here)

It is not too late to solve this crisis. The Ocean is amazingly resilient and could recover, but for that to happen, each and every one of us needs to play a part.

Developing a better business plan to secure a healthy Ocean 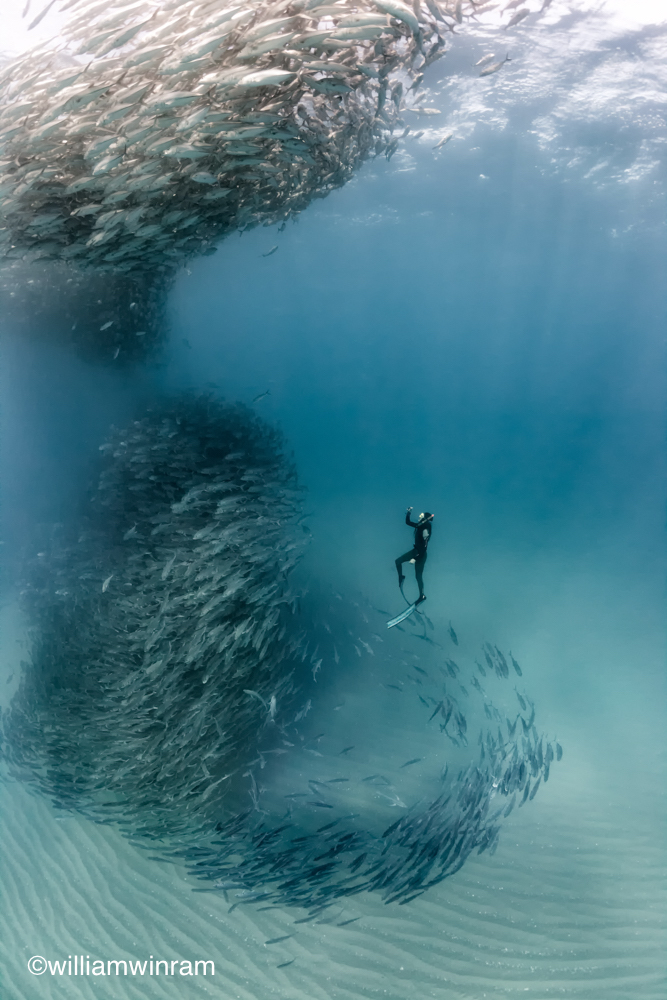 A business-as-usual trajectory forecasts a negative long-term financial outlook for the Ocean. It would mean an earth system-level collapse that would result in immeasurable harm for people and for the planet.

Businesses are already incurring the costs of climate change, with increasing supply-chain disruptions from extreme-weather events, rising sea levels and ocean acidification, falling crop yields, and increasing desertification. At the same time, the world’s poorest and most vulnerable – those who are disproportionately affected and least equipped to cope – are being hit the hardest.

For business leaders, the transition to “blue” business practices – like the transition to a net-zero greenhouse gas emissions economy – is a historic and unprecedented opportunity. If managed responsibly, fairly and collaboratively, it could bring economic benefits to countries at all levels of income, including new jobs, a cleaner Ocean, better health, abundant biodiversity, lower poverty levels and greater global food security.

However, the Ocean can regenerate and replenish itself, if we help it.